A Harmonious Society, a Homeland of Propriety and Integrity 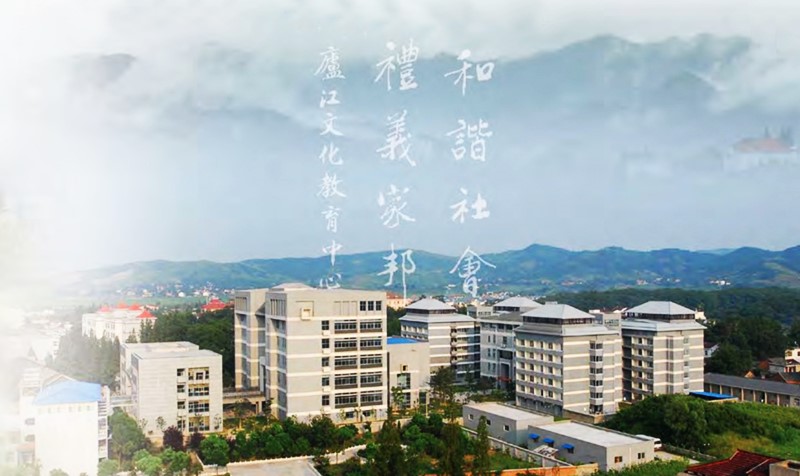 1. THE ORIGIN OF THE LCCE
The universe was originally harmonious; everything comes from the same primordial source (elements) and lives symbiotically. To live and thrive together and to maintain harmony, peace, stability, and prosperity of the world, is the most sincere aspiration and expectation of the entire human race. When we quietly contemplate the history of the east and the west, from ancient times to the present, we find that military retaliations (armed vendettas), wars, economic reforms, political alliances, and even world summits cannot reconcile the conflicts caused by bias or polarized views.

Dr. Arnold Toynbee, the famous British historian and philosopher of the 20th century, stated in the 1970s that “[I]n the coming 21st century, the only human civilization fit to liberate the world from the pit of global chaos or a crisis is the Theosophy or Wisdom of Confucianism and Mahayana Buddhism.” Mr. Helmut Schmidt, the former Chancellor of West Germany, also proclaimed that historically, countries ruled by the Chinese (Han people), no matter how powerful, rarely conquered their enemies or expanded their territory through armed force. Chinese culture is expansive and profound, its philosophy is to tolerate and embrace all differences so that all can flourish together. The essential doctrines of Confucius, Mencius and Mahayana Buddhism all acknowledge “the innate kindness of human nature.” They all teach and transform people through benevolence, compassion, and universal love; (in order to) invoke innate kindness, the purest of purity, the compassion and tranquility, and the benevolence and humility of mankind.

A harmonious world begins with the inner harmony of our minds. Only by resolving our inner conflicts and by treating every person, matter, and object with sincerity and love, can external conflicts and confrontations be reconciled, and peace and stability [of the world] achieved. When human minds are pure, the land will be pure. When human minds are peaceful, all sentient beings will be secure. When human minds are equal, the world will have equality. This is the essence of traditional Chinese education, as well as the fundamental teachings of all worldly saints and sages. According to the experiences of five thousand years of Chinese history, “education is the first priority in establishing a country and leading her people.” The most effective and efficient way to achieve “the security of the state and the stability of the nation” is through schools, courses, lectures, etc., to promote the education of love and ethics. The education of sincerity and love, propagated by the saints and sages, transcending time and space, eternal and constant, will truly bring everlasting harmony, peace, security, and prosperity to the entire human race.

Venerable Master Chin Kung, the Principal Teacher of LCCE, he has been invited to give speeches at numerous Peace Conferences organized by UNESCO. During one conference, he proposed “Reconciling Conflicts and Promoting Social Stability and World Peace through Teaching [Morals and Ethical Relations].” His concept was given great recognition and laudation but the attendees felt that it was a utopia and could not be realized. To help increase people’s confidence and to actualize peace and harmony, the Venerable Professor established the Lujiang Centre of Cultural Education in his hometown, Tangchi, Lujiang County, Anhui Province, China, and the ancient Chinese educational system of classical teachings was adopted as an experiment.

2. THE BLUEPRINT OF THE LCCE
The Lujiang Centre of Cultural Education (LCCE) uses Confucian Classics as teaching materials to train its teachers to be virtuous and to become role models of morality. It gives courses on ethical relations to the locals and holds seminars on “How to Lead a Happy Life” to teach people all over the world.

After two years of learning and practicing, the social values of Tangchi improved tremendously. The experiment validated Confucian doctrine (teaching) that “primordially, human nature was innately kind.” People can be taught to be virtuous. The ancient, traditional cultural education is greatly effective in transforming modern people.

LCCE Mission: to promote the education of morals and ethical relations, to advance world harmony, peace, and stability.

LCCE Motto: Learn to be a teacher, act to be a role model; self-cultivation is the foundation and education is the first priority.

Teaching Principles:Five thousand years of Chinese civilization and the teachings of saints and sages can be summarized as follows, the affinity (natural love) between father and son, the integrity (propriety and loyalty) between the king and his subjects, the difference (different duties) between the husband and the wife, the order (bonding) between the elder and the younger, and the trust between friends.” Among these five relations, the starting point is the affinity between father and son.” Emanating from this natural love between parent and child, it expands into the sincerity and love towards families, clans, nations, and eventually towards the world and all sentient beings between heaven and earth. These ethical values must be actualized into daily lives.

Major Teaching Material: Di Zi Gui (Standards for Being a Good Child and Student), to lay the foundation of ethics.

Related Teaching Materials:the Classic of the Tri-word Stanza (San-Zi Jing), The Five Disciplines from the Ancients, the Four Classics (Si-Shu), the Stories of the Eight Virtues, and the Thirteen Classics, etc.

The Curriculum: A series of classes on the following topics: Di Zi Gui and Modern Life, Traditional Culture and the Eight Honors and Eight Shames, Chinese Culture and the Science of Management, the way to be a good teacher (Teaching Methodology), Conducts of Saints and Sages, social manners and etiquette, Healthy Eating Habits in the New Century, etc.

Training of Traditional Arts and Crafts:calligraphy, seal-carving, the martial art of Tai-Chi, music, needlework, the art of paper cutting, etc. 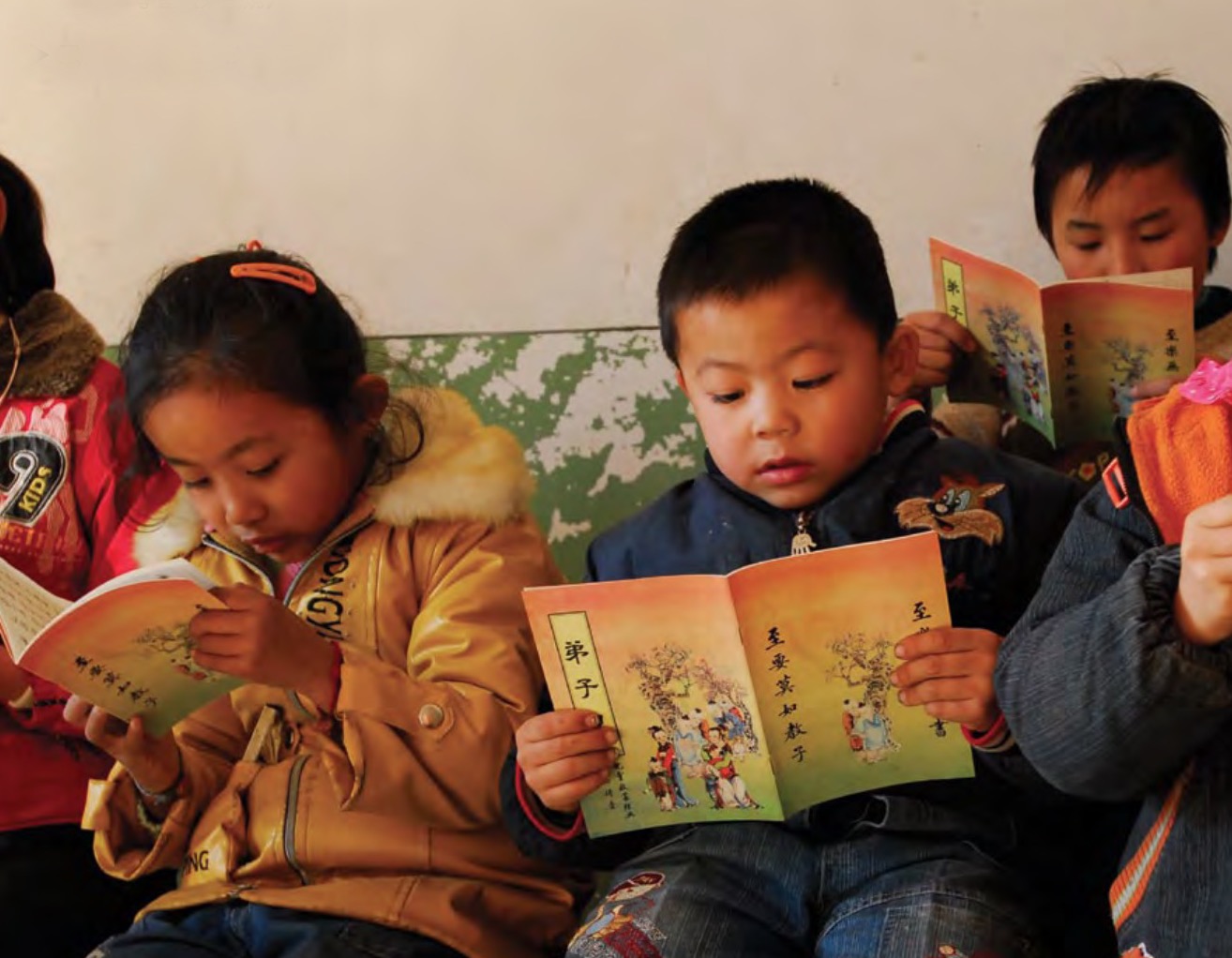 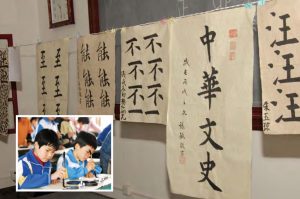