In recent years, our world has been increasingly beset with disasters, war, conflicts and calamities, both natural and man-made. Hence the organiser has decided to organise an event entitled “Save the world from disasters and bring peace and harmony to the Earth”. At the invitation of the Chief High Priest of Malaysia, Venerable K.Sri Dhammaratana of Brickfields Buddhist Maha Vihara and Tan Sri Lee Kim Yew, the founder and managing director of Country Heights Holding Berhad, Professor Venerable Master Chin Kung AM (President of Pure Land Learning College, Australia, Honorary Professor of the University of Queensland, Australia, Honorary Professor of Griffith University, Australia, and Honorary Doctor of University of Syarif Hidayatullah State Islamic University, Jakarta, Indonesia) has graciously accepted the invitation to deliver a 2 days dhamma lecture at this event entitled “How the Bodhisattvas use the four practices of generosity, kind words, beneficial action and co-operation to achieve a harmonious society and a peaceful world” at the Malaysian International Exhibition & Convention Centre (MINES), Seri Kembangan, Selangor Darul Ehsan between 7.30pm – 9.30pm on 3rd and 4th August 2007. In the previous two dhamma lectures delivered by Professor Venerable Master Chin Kung AM in MINES in 1999 and 2005, the attendance was about 12,000 people. In this occasion, the expected attendanceis also about 12,000 people. 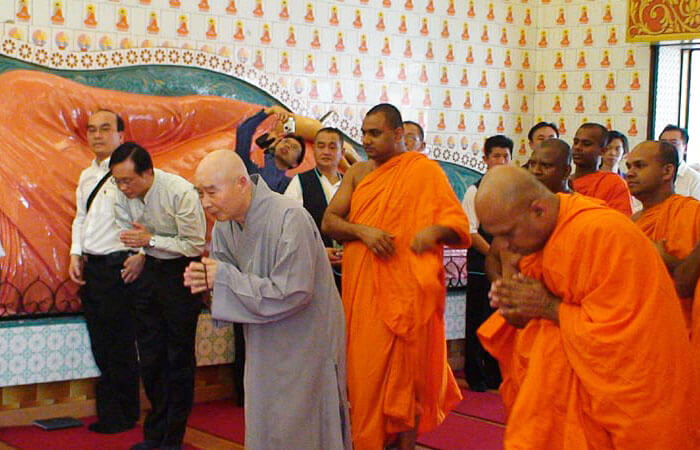 Ven.Master Chin Kung, Ven. Dhammaratana and other monks at the Shrine Hall 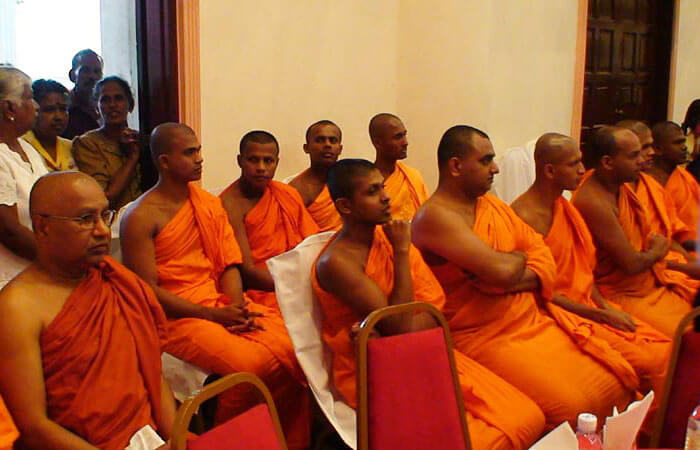 The other Venerables in the Asoka Hall 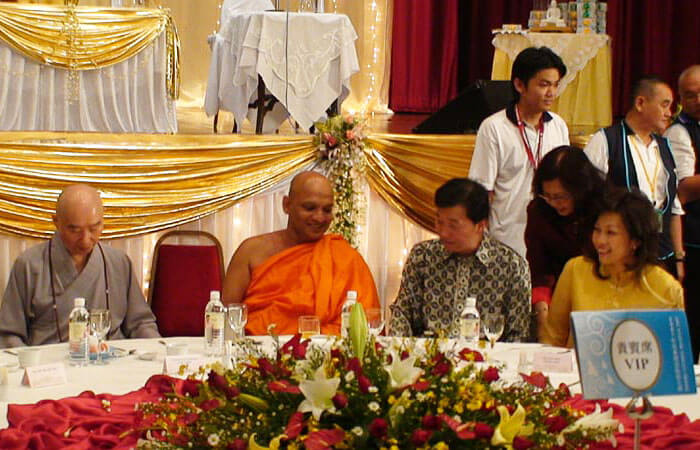 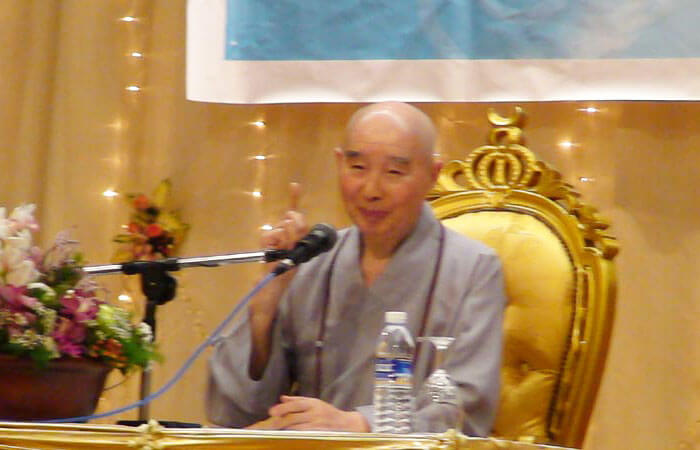