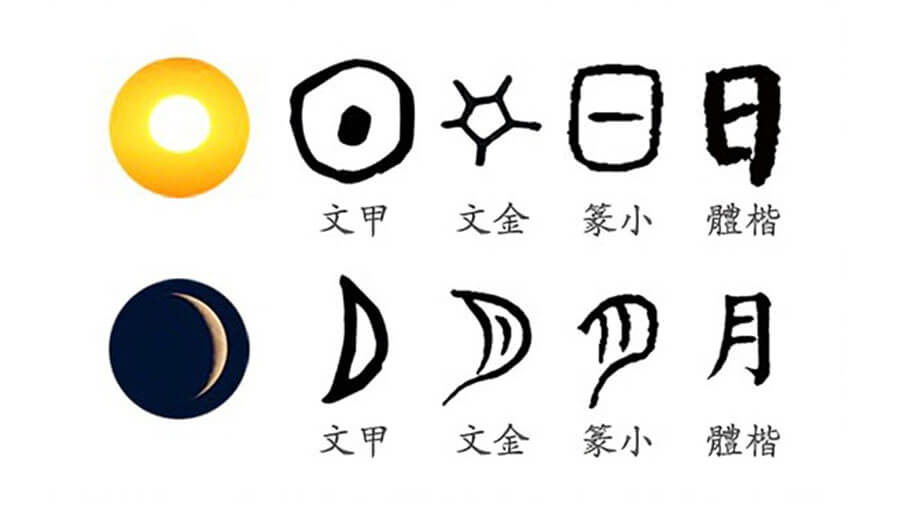 Origins of the Chinese Characters

Chinese Word Formation
According to the first Chinese etymological dictionary Shuowen Jiezi (Chinese:說文解字), Chinese characters originated from trigrams – symbols used for divination that were invented by the legendary Chinese Emperor Fu Xi who is said to have been born in the twenty-ninth century BCE. 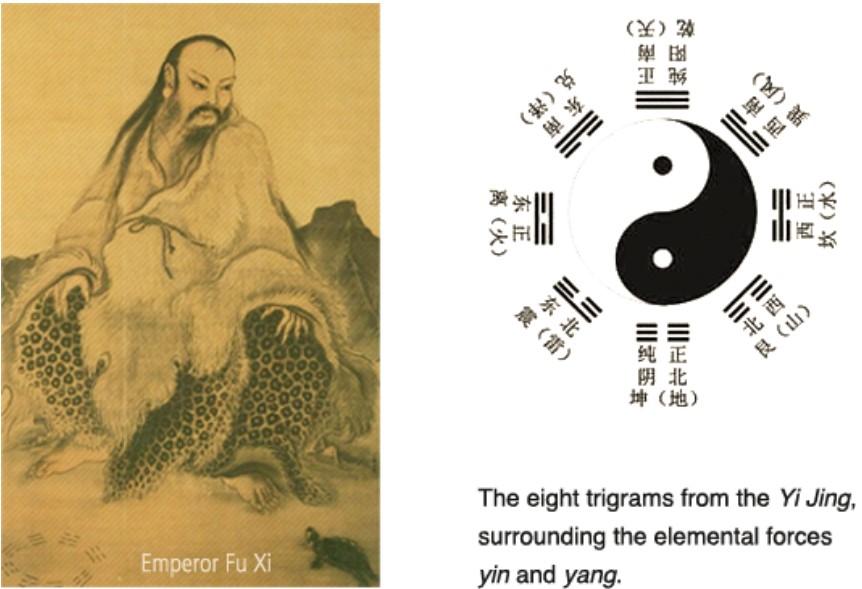 Tying Knots
Later on, knot-tying was used as a means of communication and education in the governance of Emperor Shennong, who is said to have been born in the twenty-eight century BCE.

How did knot-tying work? If we wanted to inform a visitor that we had left the house and would return in two days’ time, we could tie two knots. Similarly, after completing a task, we might tie a large knot at the end of a string to indicate completion. However, just consider the multitude of ideas and matters in daily life that require communication. Clearly, knot-tying was not ideal.

Cangjie Creating Chinese Characters
Shuowen Jiezi states, “Cang Jie was a scribe for the Yellow Emperor (Huangdi). Observing the tracks of birds and animals, he realised that the patterns and forms were distinguishable, and started to formulate characters.” Cang Jie is a legendary figure in ancient China (circa 2650 BCE) associated with the creation of the characters as part of education.

Chinese characters have a universal nature and were formulated based on the phenomena of daily life. The form of the characters was derived from the commonly visible and accessible phenomena in daily life. “Observing the tracks of birds and animals” – like the snowy winter in the Central Plains, when animals leave their distinct tracks in the snow like the tracks of tigers, sika deers, chickens or small birds. The paw print of a puppy looks like a plum blossom, whereas the footprint of a small bird resembles the character “个” or a bamboo stalk. The characters began to take shape based on the tracks of birds and animals.

The characters were derived from day-to-day experiences, drawing from the human form and our surrounding environment. This makes the characters memorable and easy to learn. With a willingness to learn and a proper method of study, anyone can master the characters! 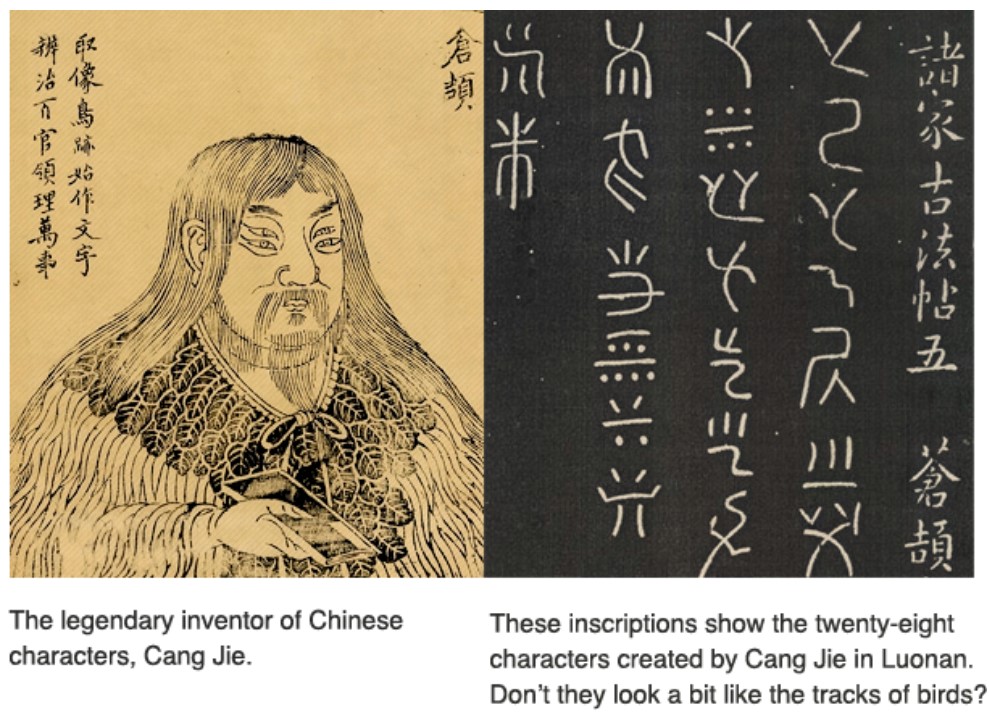 Evolution of the Chinese Writing

Logic behind the Characters: The Six Methods

1. Pictograms
Pictograms are characters that resemble objects through symbols, images or sketches, like the characters for sun and moon.

The ancient character for sun is an illustration of its round shape. The short stroke inside indicates that the sun is not hollow. In contrast, the ancient form for moon is depicts a thin and curved crescent shape as the moon is more often crescent shaped than full. 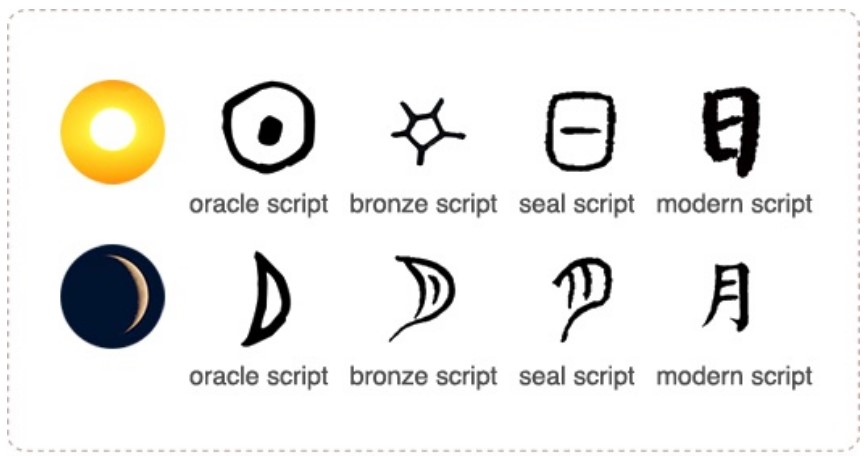 2. Ideograms
Ideograms are signs denoting ideas and abstract concepts. Indicators are added to pictographs to make new meanings, like the characters for foundation and tip

The character for foundation or roots is created by placing a horizontal stroke at the bottom of the pictogram for ‘tree’ to indicate the tree roots. Not only does it mean the foundation of the tree but it also means the fundamental part or origin generally. Similarly, the ancient character for the tip or end of the branch is created by adding a stroke to the upper part of the tree. Not only does it mean the extremity of the branch but also the final stage generally. 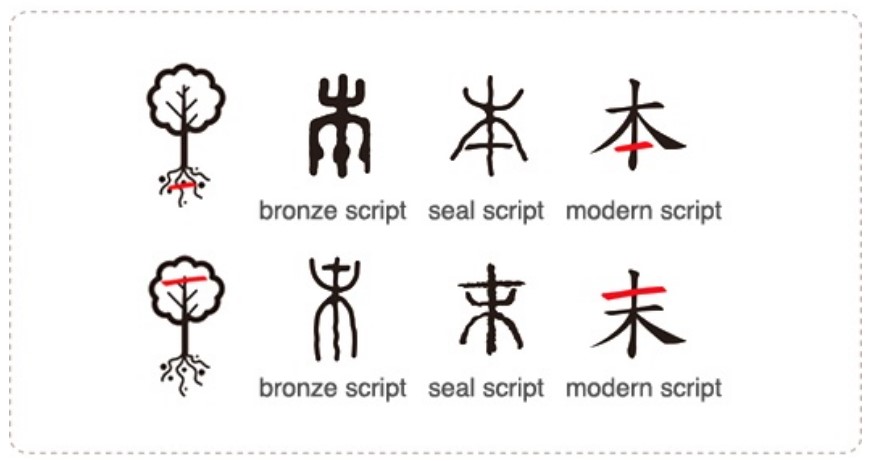 3. Associative Compounds
Such characters combine pictograms or ideograms to create a new meaning. For example, the characters for military and trustworthiness. 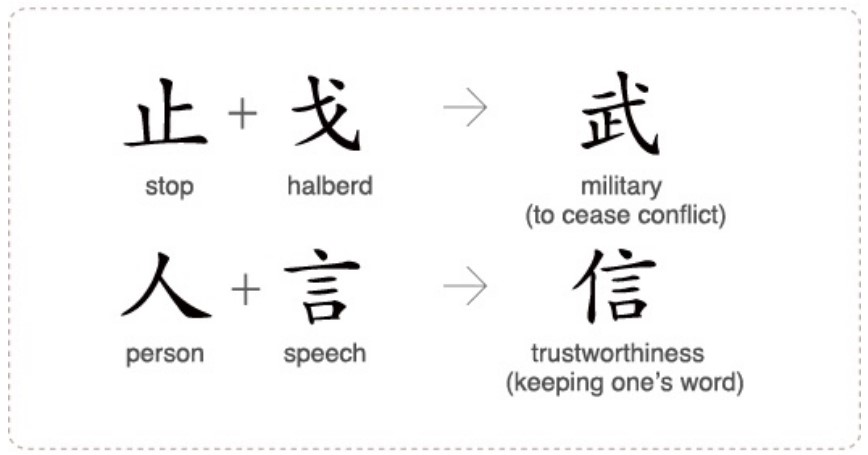 4. Pictophonetic Characters
Characters of this type are composed of at least one pictograph suggesting the general meaning and one phonetic element relating to the sound of the character. and trustworthiness.

For example, the two characters for two types of rivers 江(jiāng) and 河 (hé). The water radical on the left indicates that both characters have a semantic connection with water, while the phonetic element is on the right. . 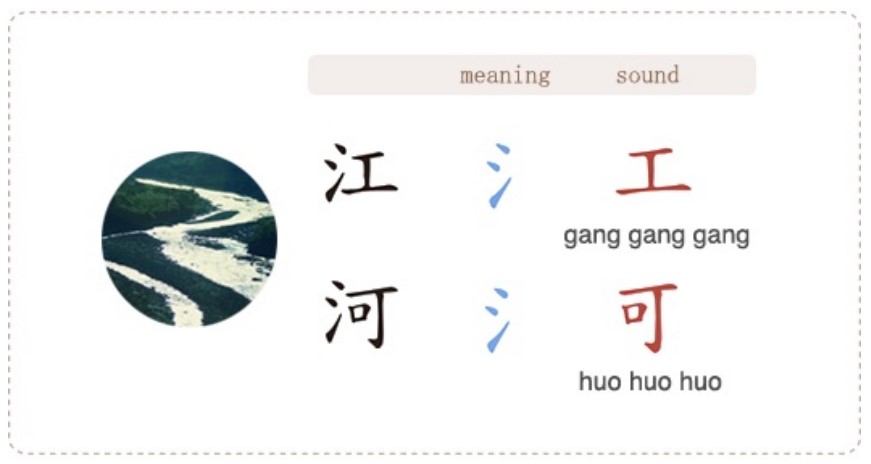 5. Derivative Characters
These are synonymous characters with similar sound, which are used to mutually interpret each other. For example, 考(kǎo) examination and 老 (lǎo) elderly have associated meanings and sounds because elders have developed analytical and judgement skills. 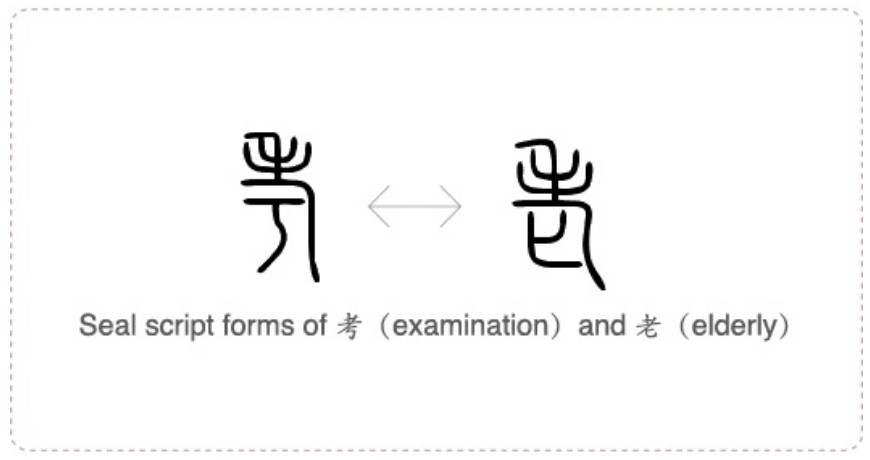 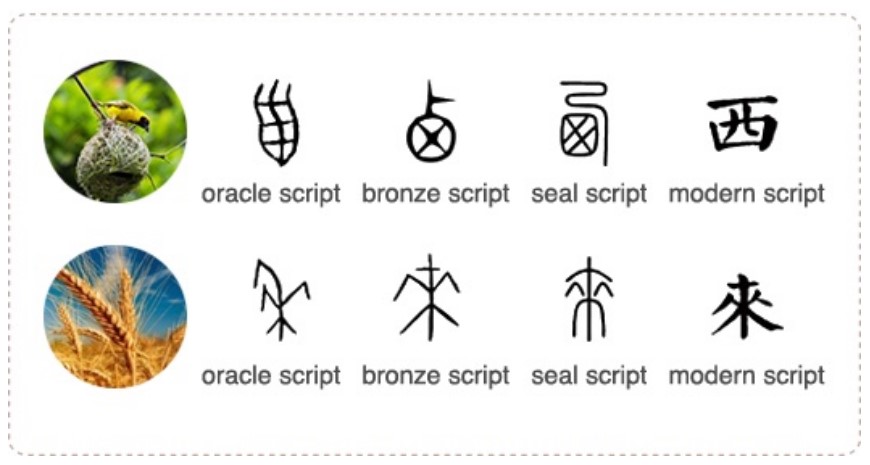