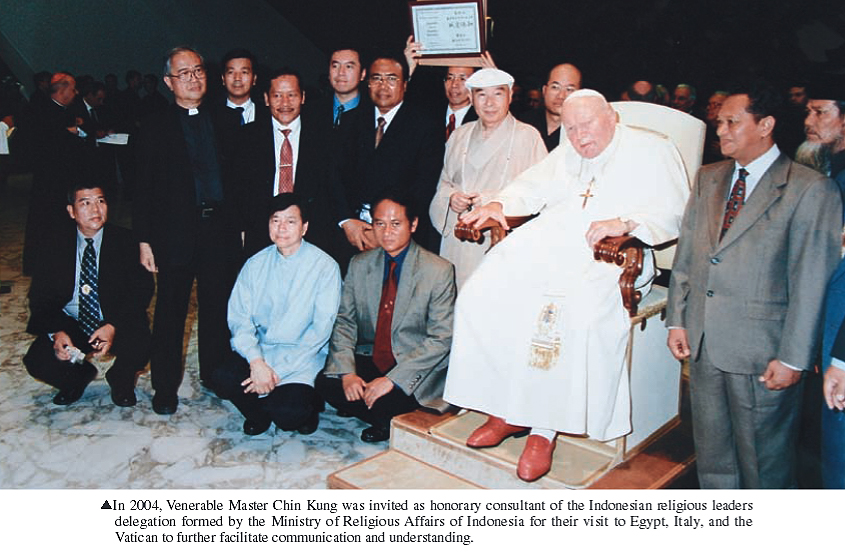 Many people consider modern society a multicultural one. Australia, in particular, has been stressing the importance of harmony among different cultures in recent years.

This is because in recent decades, the Australian government adopted an open door policy that welcomes  immigration. New immigrants hail from different countries and thus are of different races. They have different religious beliefs and different cultural backgrounds, as well as different living styles. Now they live in the same society. It becomes important to meld all these differences so that society can coexist harmoniously.

Only when there is harmony can a society be prosperous. We hope that Australians and new immigrants can respect, love, care for, and cooperate with one another so as to live a happy life and establish a wonderful society.

In this modern age, every country has some people born elsewhere. With this diversity, every society is a multicultural society. To achieve the goal of harmony, Australians officially raised this issue for public discussion. In fact, all wise government leaders have noticed and paid attention to this matter.

What is Multiculturalism?
Everyone is exploring how to achieve harmony and what method is effective in achieving it. We see a few very wise and capable leaders throughout time and the world who were able to reconcile differences and unite their groups so that these groups were able to be successful. A group as small as a family was able to become prosperous; and a group as large as a country was able to become wealthy and powerful. Therefore, those who have the ability to bring harmony among their people play a very important role in the achievements of their groups. Why were these leaders able to reconcile differences and unite their groups or countries? Because they treated others with sincerity and compassion. One who is truly sincere can move others. If one cannot do so, it is because one is not sincere enough. One who has utmost sincerity can move all beings. One can even move a person who has numerous afflictions and bad habits so that this person would at the least somewhat restrain his or her behavior. This contributes to social stability, world peace, and the wellbeing of all people. This action is very positive and constructive.

Because of the difficulties of traveling long distances in the past, people used to live within a small area. Indeed, there were people who, in the entire lifetime, never went to another village, even one that was only a few miles away. It is no longer the case now. With the development of technology, an incident occurring anywhere on earth will be broadcasted all over the world within a very short time. It was very difficult to travel from China to Australia in the past. Given an opportunity, one would have been afraid of taking this trip for it would take several months by sea. Now traveling is easy, and it takes only a few hours. The world has become smaller. It is like a village.

Going on tours has become a part of our lives. Therefore, our contact with the world becomes more  frequent. We  will  have  many  opportunities to interact  with people who are of different race and nationality, and who have different religious beliefs, cultural backgrounds, and living styles. This is multiculturalism. Thus, we must break down all barriers and have the mindset of benefiting all beings.

Tolerance, Respect, Love, Concern, and Care
I have met people who are of different religion, race, and nationality. They all sincerely wish for a stable society and a peaceful life. In Singapore and Australia, we have been diligently engaged  in multicultural  undertakings, which bring different religious groups and different  ethnic groups together to resolve misunderstanding and confl ict. We hope that everyone will do his or her best to contribute to social stability and world peace. We reached a consensus there. The goal and guidelines that I proposed are simple, so it is easy for us to remember and to apply in our lives. The guideline is to treat others equally and to live in harmony with them. We hope that we can do this regardless of their religion, ethnic group, nationality, cultural background, or social position.

How do we apply this guideline  in our lives? The key words are tolerance, respect, love, concern, and care. We must broaden our minds and tolerate one another. Without tolerance, conflict and opposition cannot be resolved. We must respect and love one another. We must also be concerned about and take care of one another. To summarize, we should help and work with one another—we are family. I travel all over the world, and wherever I go, I urge people to practice those key words. We ourselves should practice fi rst, then we urge our families and eventually others to practice. If we and our families cannot practice them, how can we ask others to do so?