Home About Us Nurturing Buddhist Successors through Lectures 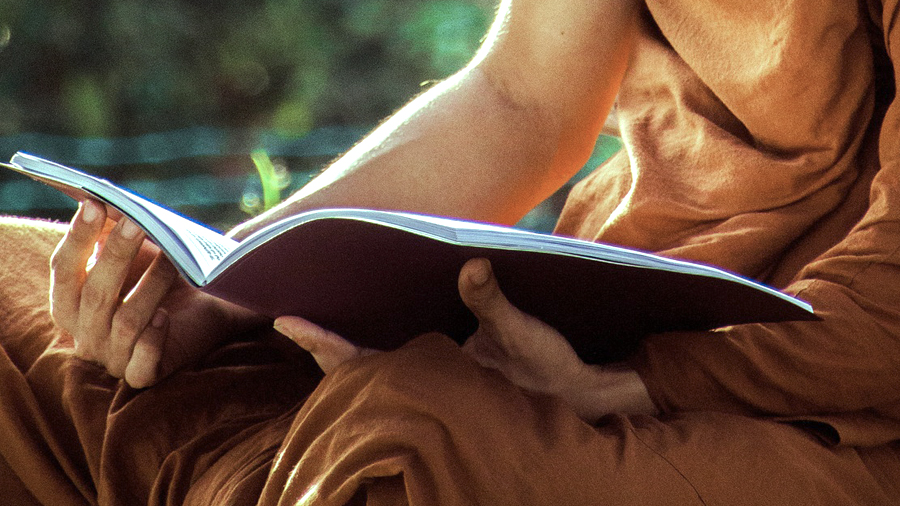 The Importance of Buddhist Successors

After his talk, thoughts and plans to bring his ideas to fruition preoccupied Buddhists throughout China.  The ensuing enthusiasm to carry out his appeal resulted in the establishment of many new Buddhist colleges, which shot up like proverbial bamboo shoots after the rain.  The colleges trained Buddhist successors in the management of way places and as teachers and lectures, who were then sent to way places throughout China.  These new gifted successors guarantee a bright future for Chinese Buddhism and are credited to Mr. Zhao’s appeal.

It has long been Master’s deep-felt hope that someday he will be able to return to China to help in the education of his fellow countrymen.  Unfortunately, due to various reasons, this wish cannot be fulfilled at this time and so he continues to lecture abroad.

In 1985, he immigrated to the United States and during the time that he lived there, his made achievements in race relations and in his work towards creating peace and promoting morality.  This won him awards in 1995 from the city of Dallas and the State of Texas as an Honorary Citizen.

The Creation of Classes to Train Lecturers

Master was invited to give Dharma talks in Hong Kong in 1977 and in Singapore in 1987.  Consequently, giving Dharma talks every year in these two locations has enabled him to develop many strong affinities.  In May of 1995, the Singapore Buddhist Lodge and the Amitabha Buddhist Society extended a warm and sincere invitation to Master to give Dharma talks, as well as to hold classes to train future lecturers.  When he learned that all the venerables in the first class were from his native country, he was overjoyed, for his long held wish to train lecturers from China had come true.

After completion of the first class and with the encouragement and support of Master Chin Kung, the nine venerables all happily returned to China.  Word of the success of this training class generated much interest in China.  As a result when the second class was announced, there were many more applications than spaces available.  Master Chin Kung and Mr. Bock-Guan Lee, president of the Amitabha Buddhist Society of Singapore agreed to increase the number of openings and announced that they would accept applications on a first-come-first-served basis.  Thus, in 1996, the second class was increased to thirty venerables from different cities and provinces throughout China.  Subsequently, the third and fourth classes were begun in September of 1997 and March of 1998.

In total, the classes have trained more than seventy venerables and lay people from China, the U.S., Thailand, the Philippines and Malaysia.  They have either returned to their way places or have been invited to give Dharma talks at other way places.  The success in training new lecturers to help propagate the Buddha’s teachings has undoubtedly helped to instill renewed spirit into Chinese Buddhism.

Opening the Class for the Hua Yan (Flower Adornment) Sutra

In 1998, Mr. Bock-Guan Lee invited Master Chin Kung to lecture on the Flower Adornment Sutra at the Singapore Buddhist Lodge.  When Master accepted the invitation, practitioners around the world were overjoyed.  The Buddhist Lodge commissioned the Architecture Department of Tong-Ji University of Shanghai to design two copper towers, to cast them in China and ship them to the Lodge in Singapore, where they are now positioned.  The two towers are the highest copper towers in the world and serve to memorialize the lectures on the Flower Adornment Sutra, which is recognized as the comprehensive expression of all Buddhist Sutras, the perfect, complete teaching.  This lecture series will take five to ten years.  This in-depth explanation has not been completed for two hundred years.

Currently, there are twelve venerables in the Flower Adornment studies class.  Most of them have attended earlier training classes for lecturers.  Now their time is spent listening to Dharma talks, discussing and writing explanatory notes on the sutra, writing and giving Dharma talks, writing articles for the Buddhist Educational Journal, studying English and learning to use computers.

In the latter part of 1998, Master Chin Kung and Mr. Bock-Guan Lee formally drew up plans for the establishment of the Buddhist Educational College, the first of its kind in Singapore.  At this time, all paper work has been completed and submitted to the Ministry of Education, Singapore for final approval.  The mission of the college is “To learn to be a good teacher and a role model for all”.  There will be three levels of courses.

The first year is devoted to preparatory classes, the next three years to degree classes and the final three to post-graduate classes.  The course principles, content and teaching methods will be very different from the usual Buddhist college.  Students will study one sutra, unit by unit.  Upon completion of one course unit, with the approval from the teacher, students proceed to the next course unit.

This method concentrates on one sutra, enabling students to do in-depth research and study on their primary sutra.  Classes on other sutras can be audited.  Once the primary sutra is selected, it cannot be changed.  Unlike classes where the teachers explains everything, with this system, the students study the course materials, write drafts, give talks, listen to comments from fellow students and amend their drafts.

Initially, talks are given solely to an audience of classmates.  Once the drafts are amended with comments from those classmates, the students will then present their formal talks to the public.  Upon completion of each course unit, the teacher will grade the students’ work to determine if they are ready to proceed to the next course unit.

It is the hope of Master Chin Kung that this traditional Chinese method of teaching will train a new generation of lecturers who are well-accomplished in cultivation, well-versed in the teachings, adept at conveying the meaning within the teachings, as well as being a role model for other Buddhist colleges.  The best way to accomplish this goal today is to study other languages and cultures and to become proficient in applying modern technology to bring the education of Buddhism to people around the world.