Home Buddhism The Art of Buddhism 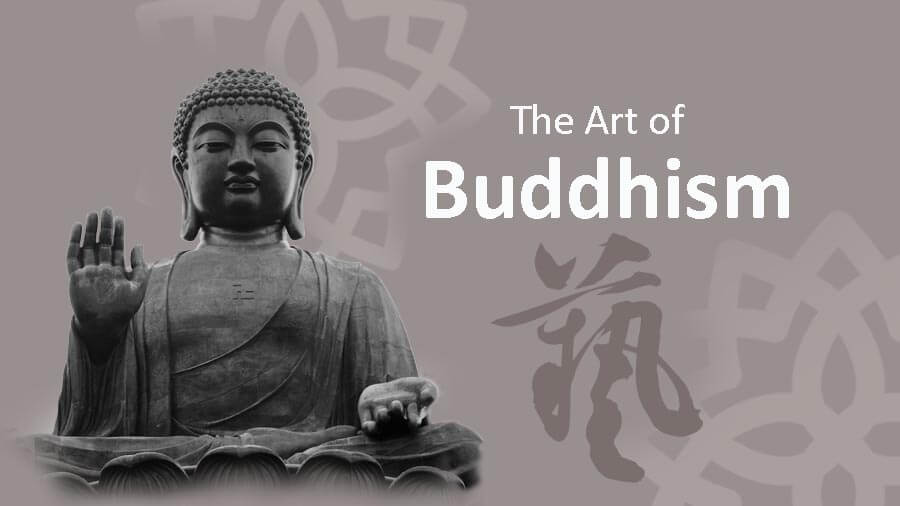 The Art of Living  by Venerable Master Chin Kung

Today, the quality of Buddhist music has deteriorated. We are short of talented people, not only Buddhist artists with creative talents. Therefore, a Buddhist artist has to be profoundly learned for only then can he or she truly teach others and convey truth, goodness, beauty and wisdom. Ancient masters with high spiritual achievements composed Buddhist musical lyrics, but because the minds of today’s people who chant them are not pure, their expression of them is also not pure. Spiritually, they have yet to achieve a state of awakening and are thus unable to move us. The artistic decline is caused by the lack of talented practitioners, it does not mean that Buddhism lacks artistic substance.

Anyone who has been to China and visited the Dunhuang murals or the Yungang grottoes, or the stone sutra texts found in Fangshan County, Beijing, knows how magnificent Chinese Buddhist artworks can be. The stone sutras were found in the years after the Cultural Revolution and are more extensive than the Great Buddhist Canon. Some of the sutras were translated at a later time than those in the Great Buddhist Canon. Fortunately,
they survived in the Fangshan site. The stone slabs are carved on both sides with each beautiful character the size of a thumb. The entire project took four hundred years to complete, equal in scale to the building of the Great Wall. This recently discovered collection includes tens of thousands of stone slabs stored in seven caves. At present, only two of the caves are open to the public. We were filled with awe and admiration when we saw these stone sutras and could not help but admire our ancestors for having preserved such a legacy for us.

Today, schools and museums are separated. However, the system of Buddhist universities is similar to a combination of school and museum, for the art forms are educational, not just artistic. They exhibit inspiration and wisdom not discernable by average people. For example, when people see the many images of Buddhas and Bodhisattvas, they conclude that Buddhists worship many deities and therefore Buddhism is a religion and one of low standards at that.

Many people believe that an advanced religion worships only one god. They do not understand that Buddhism is not a religion, that we do not worship the images of Buddhas and Bodhisattvas but rather we regard them as teaching aids, which help us to understand the different methods of cultivation. One single image or method is insufficient to represent all phenomena in our world, so Buddhism uses many kinds of artistic works to represent them. Once we have understood the educational significance of Buddhist artistry, we will naturally give rise to admiration and appreciation.

Everything in Buddhism serves as a teaching aid. Even the offerings are educational.